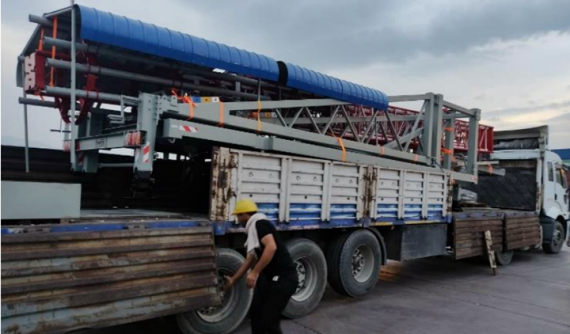 Grand Arabia have recently completed a series of shipments in Iraq between January - April, 2022.

The Nomad 65 Geo is mounted on a four‐wheel drive articulated off‐road vehicle. It includes the latest innovations in shaker and hydraulic circuitry design, resulting in stronger low-frequency content.

Regular exempted traffic was handled by Grand Arabia in Basra for the Ministry of Oil. Services included ocean freight, customs clearance and supervision to the oil sites.

Safety was Grand Arabia's top priority during this project handling.

Grand Arabia are also PCN representatives in Jordan. Their General Manager, Marwan Oweiss, was elected to the Board of the Jordan Logistics Association (JLA) in December 2021 and is head of the training and development committee.